Now over 1000 scientific studies related to Osstell and its unique ISQ technology.

Osstell has worked exclusively and systematically with an evidence-based approach since its inception more than 20 years ago, constantly reviewing research to share knowledge and improve its proprietary technology to best serve clinicians and their patients. Osstell has collected all of this important work in a convenient way and made it accessible in its regularly updated searchable database, where all scientific research relating to Osstell and Osstell ISQ is compiled, now including over 1000 scientific, peer-reviewed studies and publications.

Helping clinicians provide patients with optimal time to teeth is the top priority for Osstell and its users. Osstell has also invented and developed Osstell Connect, an online service enabling clinicians to compile, analyze and make well-informed and objective decisions based on their Osstell ISQ readings, utilizing evidence-based data from thousands of fellow ISQ users worldwide.

“On behalf of Osstell and all users of Osstell ISQ, I would like to thank all the research and clinical community for their invaluable contribution over the years, making Osstell ISQ the widely accepted evidence-based clinical standard for measuring implant stability and assessing osseointegration.” says Mr Jonas Ehinger, CEO, Osstell.

“It is hard to believe that it is 26 years since resonance frequency analysis was first used to measure implant stability and Osstell was conceived. Since that time the technique has evolved as the most widely used and researched method to measure dental implant stability, clinical parameters and success. Over a thousand of research papers have been written utilizing RFA and millions of patients have benefited from this measurement and evaluation technique.”, says Prof. Neil Meredith, co-inventor of RFA and Osstell.

Osstell will announce this milestone at the International Dental Show (IDS) in Cologne, Germany on March 12th, 2019 and at the Annual Meeting of the Academy of Osseointegration in Washington, DC, USA on March 14th. 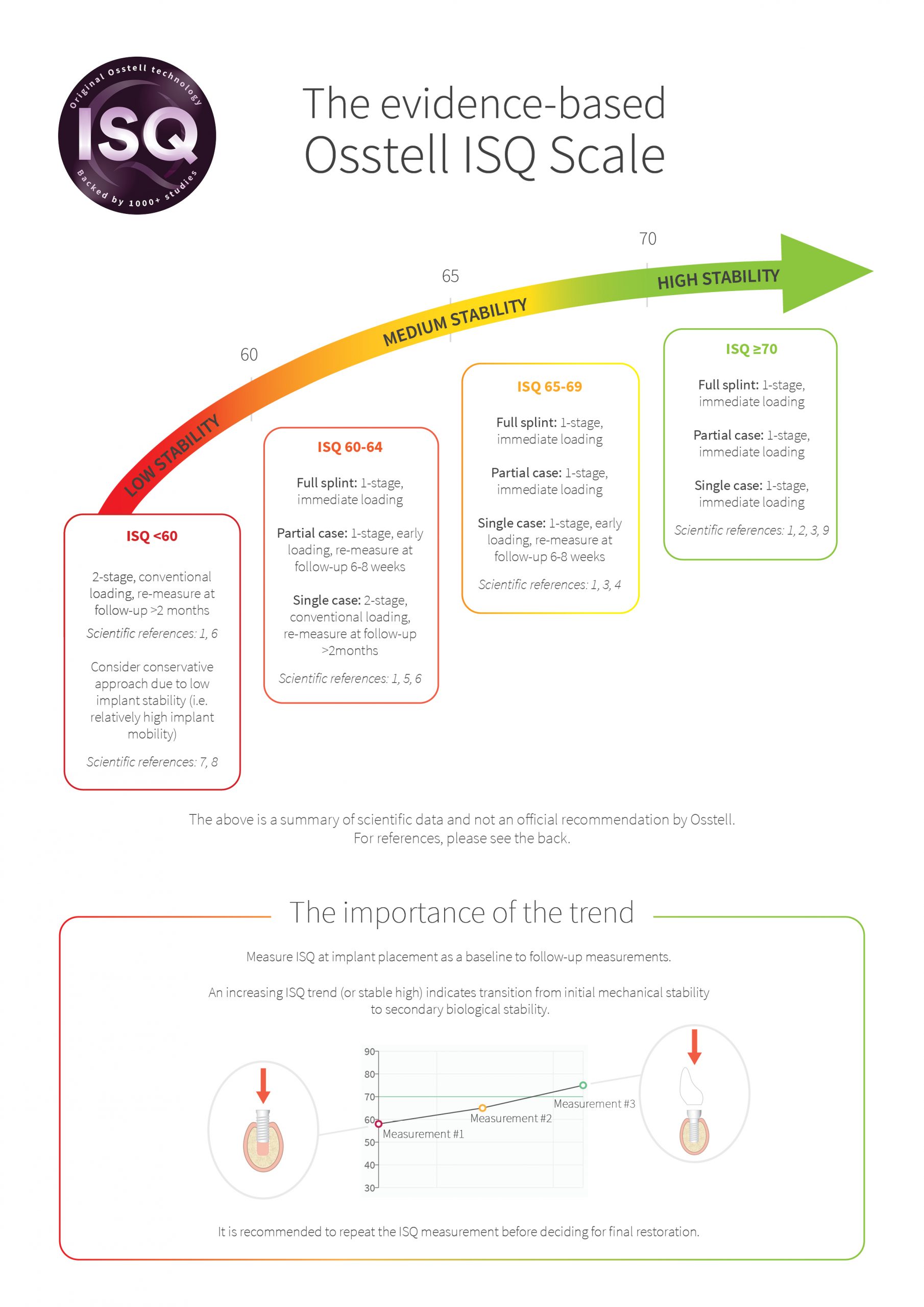 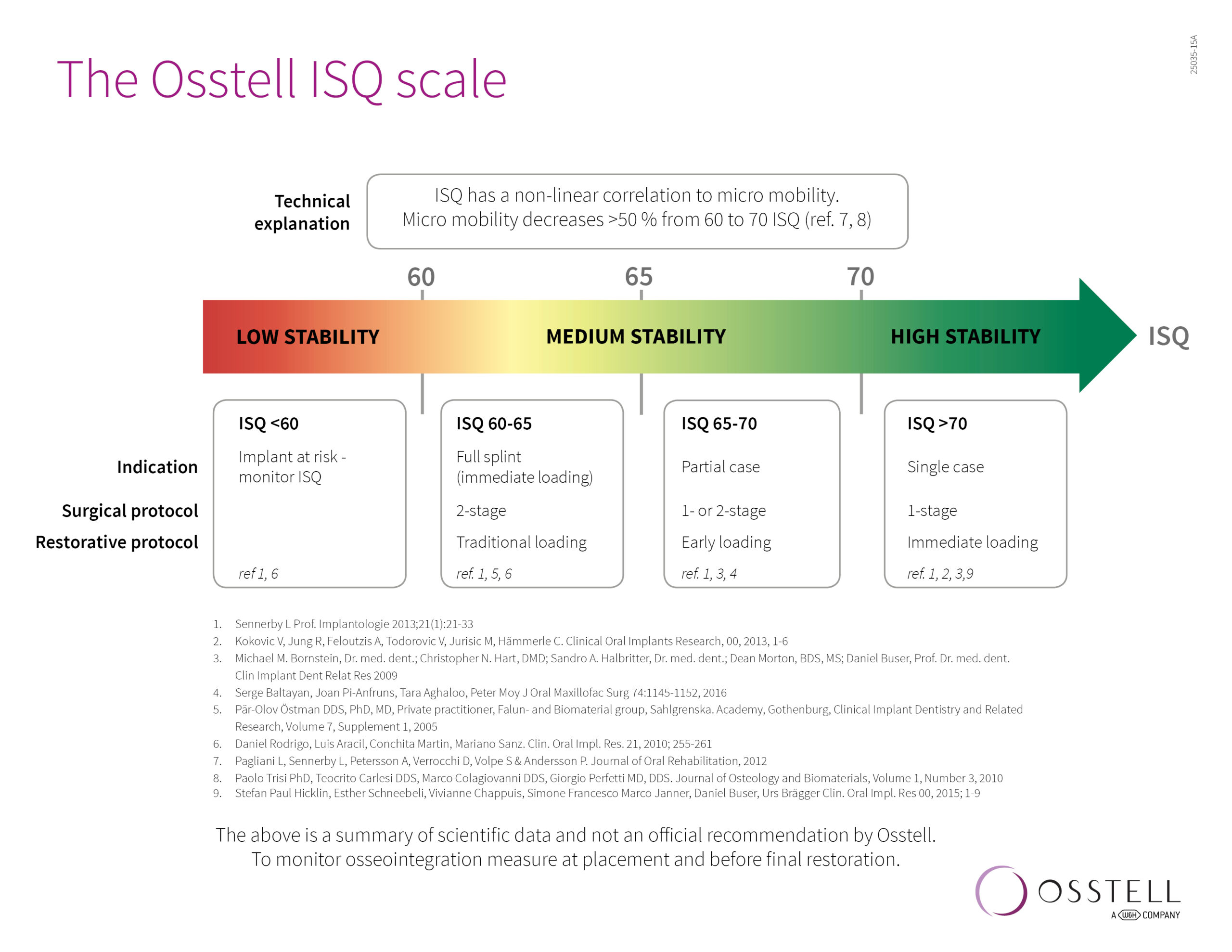 ISQ, or Implant Stability Quotient, is a scale from 1 to 100 and is a measure of the stability of an implant. The Osstell ISQ scale has a non-linear correlation to micro mobility. With more than 1000 scientific references, we now know that high stability means >70 ISQ, between 60-69 is medium stability and < 60 ISQ is considered as low stability.